Aditya Narayan to tie the knot with Shweta Agarwal in December 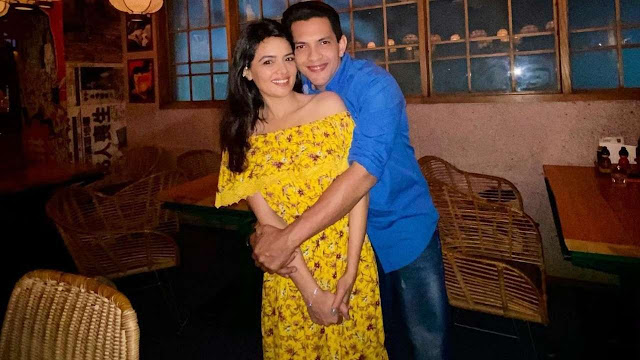 Aditya Narayan is all set to marry his longtime girlfriend Shweta Agarwal in December, the singer announced on Instagram.

Aditya took to social media and declared, “We are getting married.” The singer shared that he found his “soulmate” eleven years ago and the two are “finally tying the knot in December.” He added that the two are “extremely private people” and thus, he will be taking a break from social media to prepare for his wedding.

Aditya Narayan had earlier shared with indianexpress.com, “Shweta and I have known each other for more than a decade now, and we plan to have a simple wedding in a temple. We will await the new protocols by the end of the month to finalise on other things.”

On the work front, Aditya is currently shooting for the new season of Sony TV’s reality show Indian Idol.

We are getting married! ❤️ I am the luckiest man alive to have found Shweta, my soulmate, 11 years ago & we are finally tying the knot in December. We are both extremely private people & believe that it’s best to keep one’s private life, well, private. Taking a break from social media for shaadi prep. See you in December 🙏🏼 P.S. कहा था ना.. कभी ना कभी तो मिलोगे कहीं पे हमको यक़ीन है 😋