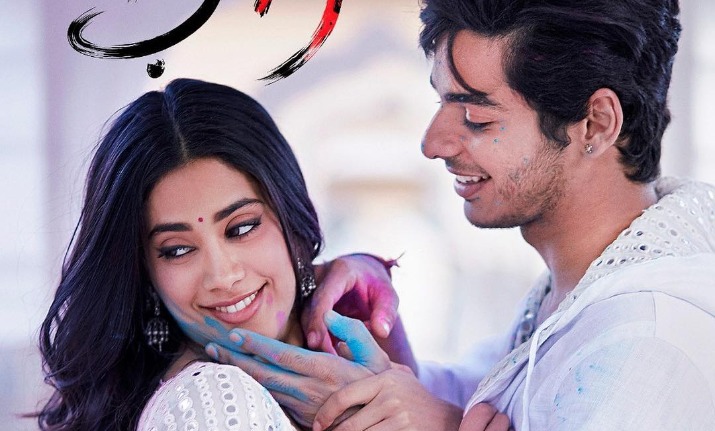 'Dhadak' is one of the most-awaited films of 2018 as Karan Johar and Zee Studios are presenting Sridevi and Boney Kapoor’s elder daughter Janhvi along with Shahid Kapoor’s younger brother, Ishaan Khatter in the lead. On Monday, Dhadak trailer was unveiled at a star-studded event in Mumbai where the entire Kapoor family including Boney Kapoor, Anil Kapoor, Sanjay Kapoor along with Janhvi’s sister, Khushi and cousins, Mohit Marwah and Harshvardhan Kapoor — turned up to wish the youngsters and make up for Sridevi's absence.

Directed by Shashank Khaitan of 'Humpty Sharma Ki Dulhania' and 'Badrinath Ki Dulhania' fame, 'Dhadak' is an adaptation of Marathi blockbuster Sairat and is all set to release on July 20th 2018.